X-Ray is a great tool for AWS developers, It allows you to analyze and debug distributed applications by monitoring application traces which can include performance metrics of down stream components or services.

The X-Ray SDK for .NET comes with a range of built handlers to allow you to trace segments within your application and push them to X-Rays.

MongoDB is a document-oriented database that has had rapid growing since 2009, this is due to it’s flexibility in the development lifecycle which allows products to be shipped faster. It was also built with a scale-out architecture, which when needed can scale to billions of users.

The X-Ray SDK for .NET doesn’t come with anything to trace MongoDB operations, however, I recently created a NuGet package to allow tracing of MongoDB calls.

This package can be installed via the dotnet CLI or the package manager.

Normally once we’ve got the MongoClient created we can register it as a singleton with our dependency injection (DI) container of choice.

Anytime we do any operation (find, update, aggregate) on our configured MongoClient they will be trace with X-Ray subsegments. 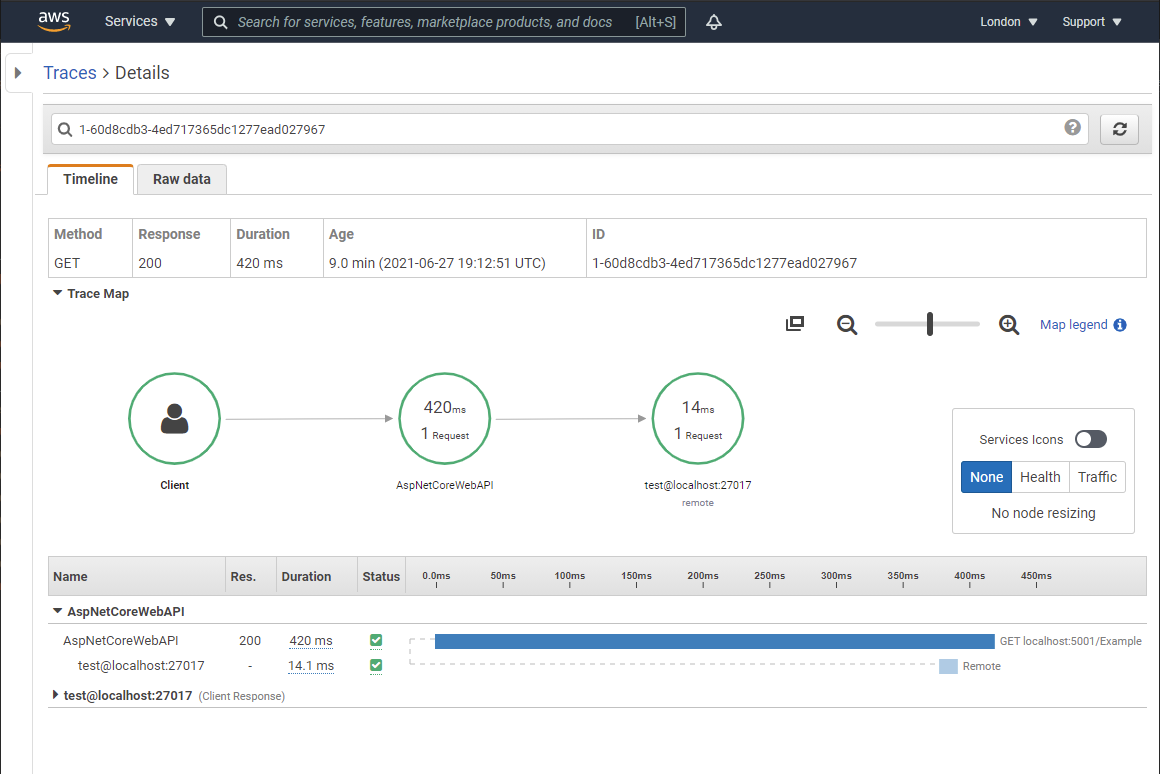 The trace also includes extra information on the remote subsegment. 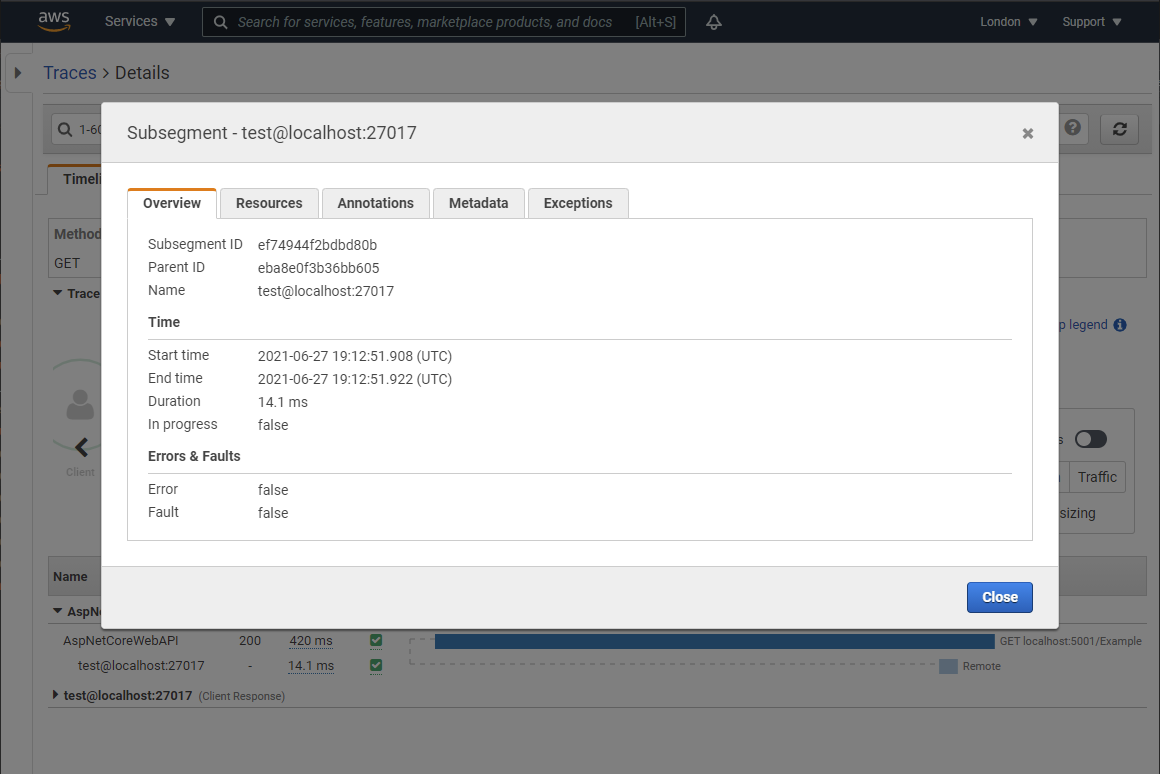 The package adds extra data to the segments traced by X-Ray, these are added as annotations. 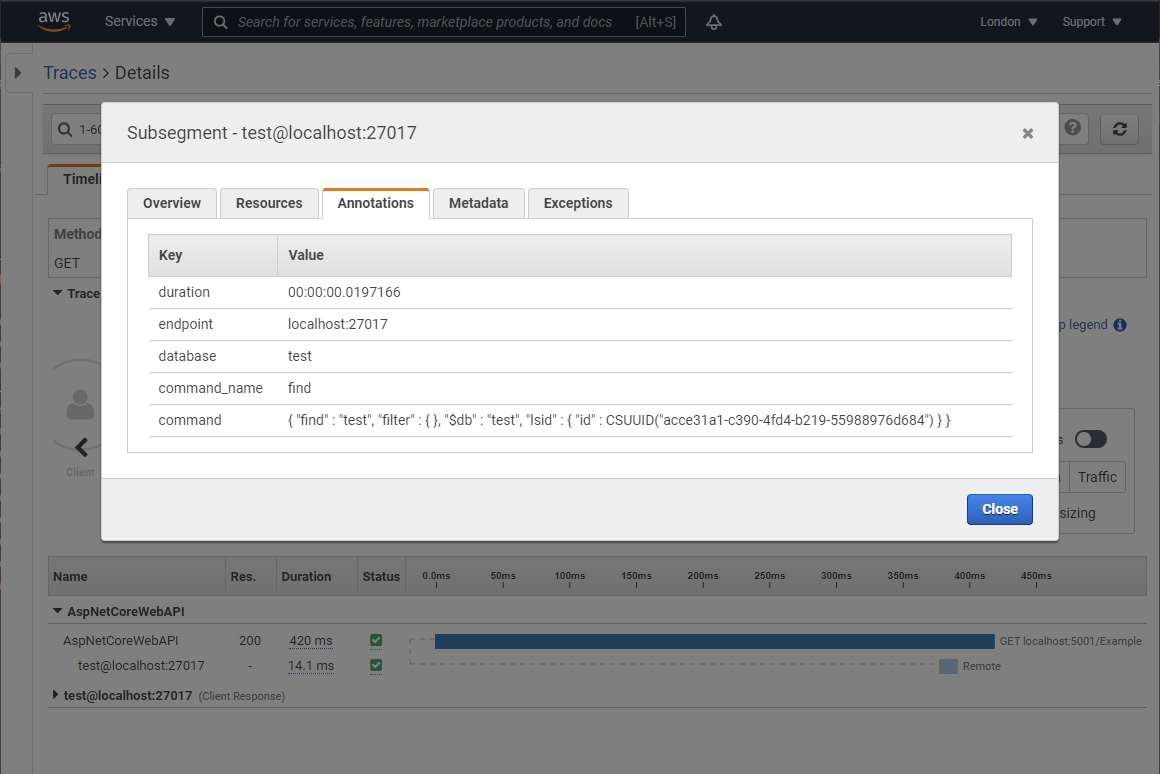 There are 5 annotations added to each subsegment that is created by the package; duration, endpoint, database, command_name, command.

The duration is the time taken for the command to execute, by default any command over 4 hours is not traced.

This is the server that the command was sent to.

This is the database that the command has executed on.

This is the command that was sent to the database.

This is the full command text that was sent to the server.

When we configure the ConfigureXRay we can pass in a MongoXRayOptions which allows us to specify some extra options:

More information on these options can be found on the GitHub Page.

X-Ray can start to help with problems within your application and spot issues before your customers.